The Anders Team
All Columbus Homes For Sale

According to Lee Ann Obringer & Dave Roos of howstuffworks.com, the monthly mortgage payment is composed of the following costs, appropriately known by the acronym PITI:

The down payment on a mortgage is the lump sum you pay upfront that reduces the amount of money you have to borrow. You can put as much money down as you want. The traditional amount is 20 percent of the purchasing price, but it's possible to find mortgages that require as little as 3 to 5 percent. The more money you put down, though, the less you have to finance -- and the lower your monthly payment will be.

Not that long ago, there was only one type of mortgage offered by lenders: the 30-year, fixed-rate mortgage. A fixed-rate mortgage offers an interest rate that will never change over the entire life of the loan. Not only does your interest rate never change, but your monthly mortgage payment remains the same for 15, 20, or 30 years, depending on the length of your mortgage. The only numbers that might change are property taxes and any insurance payments included in your monthly bill. 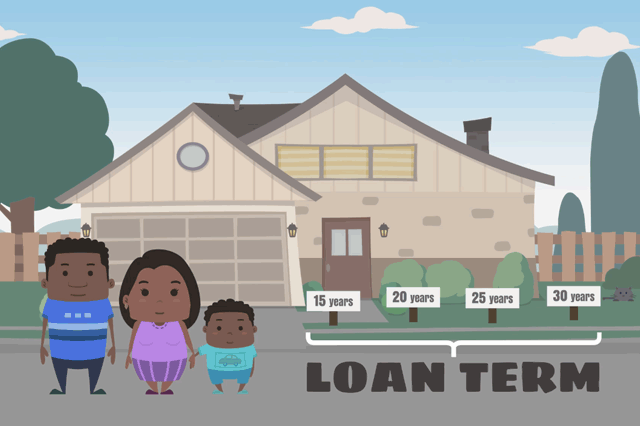 The interest rates tied to fixed-rate mortgages rise and fall with the larger economy. When the economy is growing, interest rates are higher than during a recession. Within those general trends, lenders offer borrowers specific rates based on their credit history and the length of the loan. Here are the benefits of 30, 20, and 15-year terms:

There is long-term stability to fixed-rate mortgages that many borrowers find attractive-- especially those who plan on staying in their home for a decade or more. Other borrowers are more concerned with getting the lowest interest rate possible. 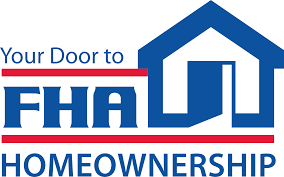 FHA started a program that lowered the down payment requirements. They set up programs that offered 80 percent loan-to-value (LTV), 90 percent LTV, and higher. This forced commercial banks and lenders to do the same, creating many more opportunities for average Americans to own homes.

Another area that the FHA got involved in was the quality of home construction. Rather than simply financing any home, the FHA set quality standards that homes had to meet in order to qualify for the loan. That was a smart move; they wouldn't want the loan outlasting the building! This started another trend that commercial lenders eventually followed.

Before FHA, traditional mortgages were interest-only payments that ended with a balloon payment that amounted to the entire principal of the loan. That was one reason why foreclosures were so common. FHA established the amortization of loans, which meant that people got to pay an incremental amount of the loan's principal amount with each interest payment, reducing the loan gradually over the loan term until it was completely paid off.

Wanting an in-depth conversation about mortgages? Call Marty Anders, Realtor (614) 419-1518). She has an understanding of home mortgages and will be delighted to share them! E-mail her: marty@andersteam.com

The Anders Team
All Columbus Homes For Sale

For ADA assistance, please email compliance@placester.com. If you experience difficulty in accessing any part of this website, email us, and we will work with you to provide the information.
Real Estate

Sign Up
Already a User? Sign In
You have been successfully registered
Please check your email.
Go to the homepage
Sorry something went wrong
Please try again.
Try again

In order for our team to service your request expediently, and for your added security, complete the required fields; this enhances our fight against spamming.

All information is kept with the utmost care and security, we do not share or sell your information to third-party entities.